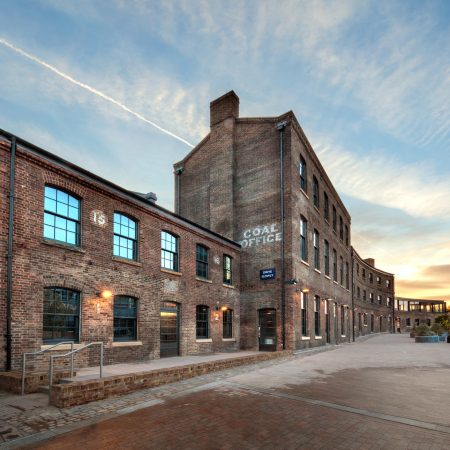 King’s Cross is an area with many lives; London’s colourful history has played out upon its stage from the days of the Industrial Revolution – when it was the largest station in Britain and the epicentre of all trade into London – to the years of seedy abandonment and onwards to dizzying all-night 80’s warehouse raves. Its varied cast of characters ranges from art students slouching to Central Saint Martin’s, families splashing about in the Granary Square Fountains, wide-eyed arrivals from Paris and beyond, office workers, designers, and residents drawn to its new homes. After 18 years and a £3billion redevelopment scheme, this weekend marks the opening of Coal Drops Yard, London’s hottest design destination that even comes with its own new postcode, N1C. Here’s our guide to the brand new King’s Cross:

The monumental train station is now one of London’s best – trains pull in from the North as well as from Europe via the Eurostar, welcomed by the vast Tracy Emin neon, ‘I Want My Time With You’ unveiled in April.  The station is glossy and full of luxy shops like Jo Malone and Hatchards Books, and Harry Potter fans can take their photograph at the half-trolley on Platform 9 3/4 (expect to queue) and visit the Potter shop.

Leaving the station turn right up Kings Boulevard. The pedestrianised strip is lined with offices – Google is set to open it’s HQ here with space for 5000 workers as part of a new Google Campus, though building works are only just beginning. There are industrial-sized restaurants and bars along the way including German Gymnasium, Vinoteca and Granger & Co, which is rather lacking soul compared to the sunny Westbourne Grove original.

Cross the canal and you’ll find Granary Square, the cobbled square overlooked by Central Saint Martin’s where the fountains are a major draw for families in the summer months. If the weather’s good grab something from one of Kerb’s street food trucks and sit on the steps down to the water, otherwise Caravan is the best restaurant option here, serving a very good coffee. Visit the lovely House of Illustration currently showing The Unseen Art of Quentin Blake (until 27 January 2019). There’s also London’s swankiest Waitrose that even has its own cookery school and wine bar and look out for Word on the Water, London’s floating bookshop on a barge docked on the towpath out in front. On weekend foodies flock to the Canopy Market, held just beyond the House of Illustration below the West Handyside Canopy where independent producers sell artisan food and plants as well as clothes and jewellery. 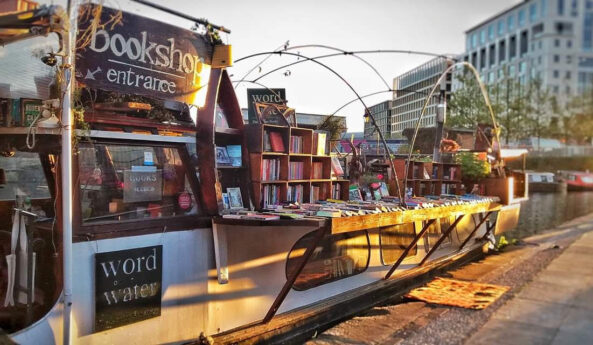 Along Stable Street you’ll find the brand new Coal Drops Yard and it’s worth visiting for the architecture alone. Two long rows of Victorian brick viaducts – originally London’s coal stores – have been transformed by Heatherwick Studio into one covered shopping district. A futuristic glass walkway connects the two sides by sweeping upwards from the gabled slate roofs to create a new focus point and an upper level that gives shelter to the double-height cobbled yard below. There’s a soft opening this weekend, but the launch parties are happening next weekend 2-4 November. 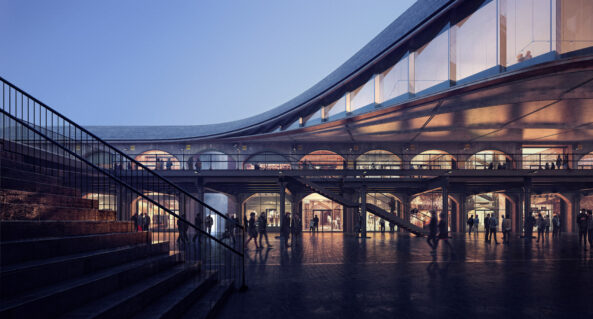 Coal Drops Yard is intended to be a new destination for design. As far as shopping goes, it is the antithesis to buying online, a trip to a weary high street or to blingy Westfield. It’s a place to be in, to experience even if not to buy. Within the arches are a mixture of big-name brands – Paul Smith, COS, Superga, Aesop, – as well as locals like Cubitts glasses and Ally Capellino‘s British backpacks and smaller independents including Lavenham’s Suffolk-made gilets and jackets, Beija London‘s lingerie and ethical menswear label, Form & Thread.

The largest space (17,500 square ft) belongs to Tom Dixon who moved his HQ from Ladbroke Grove to Coal Drops Yard in April this year. A studio concept there’s a shop, workshop and office all under one roof as well as a new restaurant, The Coal Office and roof terrace. The will be a program of in-house workshops at the kicking off with Terrariums for the opening weekend (2-4 November).

Then there are the restaurants – highlights include the largest Barrafina that opens its doors this weekend, serving up Spanish tapas plates but this time with a Catalan slant. Next door is Mexican Casa Pastor for tacos and a new Mexican brunch menu, and Pip Lacey (previously at Michelin-starred Murano) is opening her first solo venture with Hicce, where wood fired cooking is the focus – sign up here for 50% off in the opening weeks. In the evening stop in at new wine bar The Drop, or try Coal Drops Yard’s home brewed beer at House of Cans. More openings will be announced soon.

CULTURE, Fashion, FOOD, Restaurants & Bars, Shopping, Shopping & Sample Sales, WHAT'S NEW
By using this website, you agree to our use of cookies. We use cookies to provide you with a great experience and to help our website run effectively. Find out more.