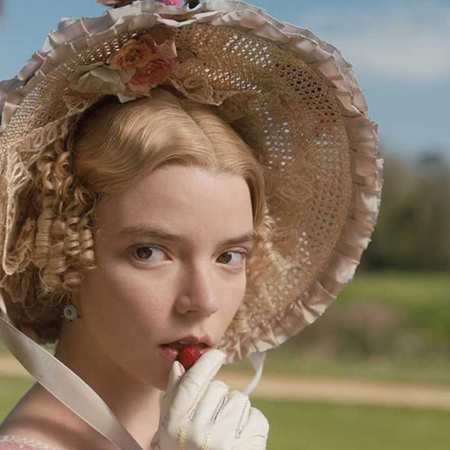 What we’re REALLY looking forward to in 2020

It’s January and our inboxes are full of diet recommendations.  We’re ditching the resolutions (which we were never going to keep anyway) – here’s what we are really going to get up to in 2020.

First up, we will be watching Season 2 of Sex Education (Netflix 17 January) which was one of our top tv shows of last year – if you haven’t watched Season 1, then catch up quickly!  In the summer, we’re looking forward to the tv adaptation of Sally Rooney’s Normal People which will be a 12-part drama on BBC3. We will be booking in to eat at the new fish restaurant Manzi in Soho from uber-restauranters Corbin & King (opening Spring) and wandering around London’s first Eataly in Bishopsgate which will have 40,000 square meters of shops, cafes, restaurants and a cookery school (opening summer).  It’s the 35th outpost from the Italian gourmet Eataly and about time too!  The V&A has been putting on some sterling shows in the last few years and their offering of Alice in Wonderland (27 June – 10 January 2021) seems no exception.  Our interest is also piqued by the Marina Abramovic show at the Royal Academy (26 September – 8 December) which is rumoured to reintroduce her infamous entrance through a barrage of naked people.  And we will be taking the kids to see Fantastic Beasts: The Wonder of Nature at The Natural History Museum in the Spring, which will show Harry Potter fictional artefacts alongside real biological wonders. We’ll be reading Rodham by Curtis Sittenfeld – we loved her book about Laura Bush and this looks at what might have happened to Hilary Rodham Clinton if she had never married Bill.  The last in Hilary Mantel’s trilogy about Thomas Cromwell, The Mirror and The Light is out March 5th and Elena Ferrante has a new book set in Naples out June 9th called The Lying Life of Adults.  At the cinema, we are definitely going to catch the new adaption of Jane Austen’s Emma (14 February), Steven Spielberg’s new version of West Side Story (18 December), Wes Anderson’s latest The French Dispatch starring Frances McDormand, Owen Wilson, Saoirse Ronan, Timothée Chalamet and Kate Winslet (autumn 2020) and On the Rocks by Sofia Coppola starring Bill Murray and Rashida Jones (Apple TV, end of 2020), Finally, we’ve already got our tickets to see Eileen Atkins play opposite Timothée Chalamet in 4,000 Miles at the Old Vic and To Kill a Mockingbird adapted by Aaron Sorkin and starring Rhys Ifans. We can’t wait!

Art & Exhibitions, Books, Talks & Mags, CULTURE, Restaurants & Bars, Theatre, Music & Dance, WHAT'S NEW
By using this website, you agree to our use of cookies. We use cookies to provide you with a great experience and to help our website run effectively. Find out more.