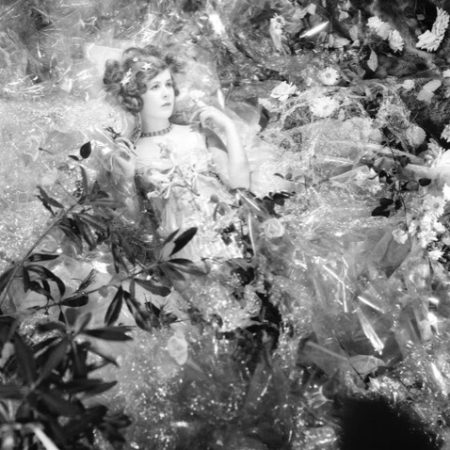 The Beaton show opens today at the National Portrait Gallery with over 150 rarely-seen prints giving a snapshot into the eccentric parties of his bohemian-aristo set – it’s just the dose of escapism we need right now. Here we meet ceramicist and specialist Joanna Ling who ran the Cecil Beaton archive at Sotheby’s for over 20 years, and whose Beaton-inspired ceramics will be on sale at the NPG shop during the exhibition:

Could you tell us a little bit about life running the Cecil Beaton Studio Archive at Sotheby’s?

It was such a privilege to be the guardian of the largest archive of Beaton’s photographs in the world. As well as over 100,000 negatives and 10,000 vintage prints Sotheby’s also own 42 of his personal scrapbooks and photograph albums. My role was to ensure that his work continued to stay in the public eye which meant either curating or being involved in exhibitions worldwide as well as working on all the major Beaton publications during the over twenty years I was there. A dream job!

Did you have any stand-out career highlights from that time?

So many wonderful moments but the two that really stand out were the exhibition hosted by the Earl of Pembroke at Wilton House and curated by Jasper Conran. It was amazing to see a rather dilapidated room transformed into an imaginatively realised rococo drawing room. Beaton spent much of his time at Wilton and would have very much approved! The other was a lunch I hosted at Sotheby’s. Among the guests were Cecil’s nephew and several other  famous sitters, including Leslie Caron, and many of the top Beaton experts. It was a very special moment to gather everyone together.

Do you have a favourite Cecil Beaton photograph and why? 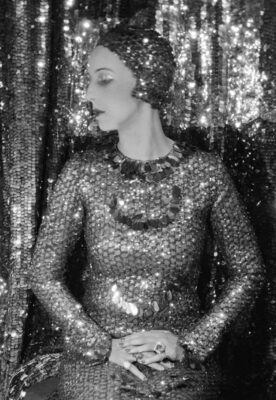 So many! So hard to choose! From the BYTs era I would choose his gloriously glittery portrait of Paula Gellibrand. It is so emblematic of that time and she has the perfect face for it.

What’s the most eccentric prop or costume you’ve seen in a Beaton photograph?

Of his earlier work Beaton admitted that the backgrounds to his photographs were sometimes more important than the sitters themselves. His portrait of his sister Nancy dressed in a costume he and Oliver Messel designed for the Galaxy Ball in 1929 personifies this. Nancy floats in a sea of cellophane and flowers and it is hard to tell where dress and props begin and end.

How do you imagine life was for the Bright Young Things?

I like to think of the BYTs enjoying a summer’s day at Beaton’s country home Ashcombe – drinking champagne, lounging on cushions on the lawn, looking at scrapbooks and planning their next dressing up party or jaunt.

How have Cecil Beaton and the Bright Young Things influenced your ceramics?

My ceramics for the exhibition were very much influenced by the costumes and backdrops Beaton created for his photographs. One range is inspired by Cecil’s leopard print dressing gown that he made for his first trip to Stephen Tennant’s home, Wilsford. Another by the Meissen shepherdess costume – designed and hand painted by Beaton – that Tilly Losch wore for the Chesterfield Ball. The exhibition, at one time, was to be called The Age of Silver, so some silver lustre had to come into the mix!

Cecil Beaton was working nearly 100 years ago. Why do you think his pictures are so enduring?

Beaton had the knack of capturing the zeitgeist of each generation. His photographs span six decades so he didn’t just chronicle the antics of the BYTs. He was also a prolific war photographer and was still ahead of the game photographing Mick Jagger on the set of Performance in 1968. I also think the man behind the lens continues to fascinate.

Is there anyone working today that you feel compares?

Tim Walker immediately comes to mind for his sense of theatre, eccentricity and eye for detail.

What can we expect from the NPG’s exhibition?

The curator, Robin Muir, has done an enormous amount of research for the exhibition and he has winkled out some wonderful paintings and artefacts from private collections to complement the photographs. He has also unearthed fascinating stories about some of the lesser known sitters. Look out for Dorothy Wilde, niece of Oscar, a sparkling member of the BTYs.

What has the process of creating ceramics to go alongside the show been like?

Amazing! My two great passions combined. Having worked with Robin on the exhibition before I left full time work at Sotheby’s it seemed the perfect project when I set up my ceramics business. The show also happens to cover my favourite chapter of Beaton’s life.

Where is your studio?

My home is in South West London. I am lucky enough to live within ten minutes walking distance of Richmond Park and walk there most days. The park is a great influence on my work and I often incorporate things I find there in my ceramics. My studio is at the bottom of my garden. It is such a pleasure to be able to work from home but to have a separate space to retreat to – although my daughter complains that my ceramics are taking over the house!

And finally, what’s bringing you joy this spring?

I am working on a collaboration with the interior designer Birdie Fortescue for her spring/summer collection which I am very excited about. A lot of cosying up at home away from Storm Dennis and others. I have finally read A Gentleman in Moscow which I loved. Also trying to hone my Japanese cooking skills after an amazing trip there last year. Yesterday afternoon I sneaked out to Olympic Studios in Barnes for a bit of escapism with Emma (coincidentally, much of which was filmed at Wilton House) and I am really looking forward to seeing the Hayward’s new exhibition Among the Trees. And of course the opening of Cecil Beaton’s Bright Young Things!

Art & Exhibitions, Blog, CULTURE, Interiors, INTERVIEWS, My London, Shopping, Uncategorized, WHAT'S NEW
By using this website, you agree to our use of cookies. We use cookies to provide you with a great experience and to help our website run effectively. Find out more.