What to Listen to, Watch and Stream Now

Films for movie night, podcasts for your daily walk and theatre to stream: we pick out a few of the things we’re enjoying watching and listening to right now.

Alexander McQueen’s Sarabande Foundation have released some of their brilliant talks for us all to enjoy in isolation. Find highlights from the Inspiration Series that has taken place at their HQ over the past three years including talks from Oscar-winning costume designer Colleen Atwood and actor Eddie Redmayne, artists’ Grayson Perry, Maggi Hambling OBE and Tim Walker, fashion designer Molly Goddard and many more. There are also new talks from its Practical Series on film-making and digital strategy. The Sarabande Sessions can be found here and they are free for a limited time with donations welcomed. 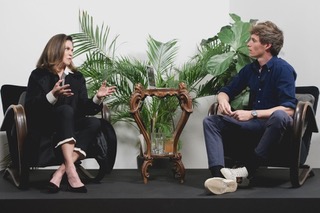 The High Low is back after a 4-month maternity break with lots of new book recommendations from Dolly Alderton and Pandora Sykes. There are 3 coronavirus episodes from How to Fail with Elizabeth Day with guests Mo Gawdat, Alain de Botton and the latest, a listeners’ special. Table Manners is a recurrent favourite with Jessie Ware and her Mum, Lennie having a chat whilst cooking for their guests, who have recently included Emily Maitlis, Nick Grimshaw and Mel and Sue. Esther Perel’s Where Should We Begin? records real-life couples therapy sessions – there are two new episodes, Couples Under Lockdown recorded in recent weeks.

We’re loving Radio 4’s poetry series on the Today program where different guests pick out a poem for these times. We’ve had Jim Naughtie reading The Darkling Thrush by Thomas Hardy, Sophie Raworth reading These Are The Hands by Michael Rosen, Lyse Doucet reading The Cure at Troy by Seamus Heaney, Clive Myrie reading the opening of Endymion Book 1 by John Keats, Sir Simon Russell Beale reading Sonnet 29 by William Shakespeare, and this, our favourite, Fergal Keane reading from the Benedictus: Book of Blessings by John O’Donohue:

Find them all on Twitter or by googling #comfortandhope Today Program. Oh, and don’t miss Hugh Bonneville reading Love Machine by Girls Aloud.

Another 2-minute watch is the Royal Shakespeare Company’s recording of All The World’s a Stage. Spot the RSC’s favourite faces – David Tennant, Charlotte Arrowsmith, David Bradley, Stephen Boxer and more.

Return to the Dior: Designer of Dreams exhibition with this documentary film. A fascinating look at the at the way the show was staged at the Musée des Arts Décoratifs in Paris with curators, Florence Müller and Olivier Gabet. The hour-long film (via Youtube) is in French so be sure to turn subtitles on.

A gripping dramatisation of a 1612 rape trial, Breach’s award-winning play about Artemisia Gentileschi is available to stream for free (until 30 April) thanks to the Barbican. It’s True, It’s True includes court transcripts from the case that rocked Renaissance Rome – with the pope’s favourite artist, Agostino Tassi brought to trial by 15-year old painter, Artemisia Gentileschi. If only we were then able to go to the National Gallery, where a major exhibition of her work was due to open this April.

Best for Movie Night: Knives Out

Gloriously entertaining, Daniel Craig (with a slow Southern drawl) stars as private detective Benoit Blanc in this dark and funny whodunnit. The rest of the cast isn’t bad either, including Jamie Lee Curtis, Chris Evans, Toni Colette and Ana de Armas who plays Bond girl Paloma in the new film, No Time to Die. Perfect for a weekend movie night. Available on Amazon Prime it was released early due to Coronavirus.

Remember a time before Netflix, when a third of the UK at a time would tune into Who Wants to be a Millionaire? Quiz follows the cheating scandal where Major Charles Ingram (Matthew Macfadyen) goes on to scoop the big prize thanks to a little help from his wife and a fellow ‘syndicate’ member coughing at the correct answers. Hyper-aware as we are to coughing, the method seems blunderingly obvious, but was it all just a coincidence? The casting is great, remember Chris Tarrant – expertly played by a fake tanned Michael Sheen, plus super competitive siblings, Adrian Pollock (Trystan Gravelle) and a steely Diana Ingram played by Fleabag’s Sian Clifford, and Helen McCrory as QC in the trial. 3 episodes, all out this week on ITV. 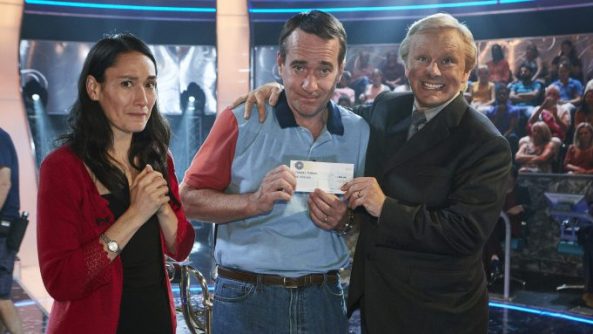 Books, Talks & Mags, CULTURE, Film, TV & Radio, Uncategorized, Video Clips, Apps & Podcasts, WHAT'S NEW
By using this website, you agree to our use of cookies. We use cookies to provide you with a great experience and to help our website run effectively. Find out more.